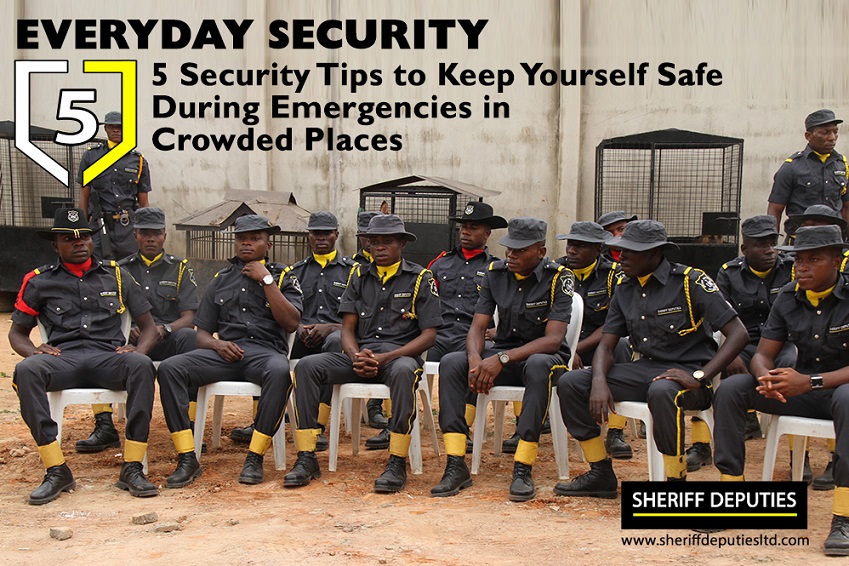 It’s that time of the year when people look forward to the holidays and festivities. It is customary for the end of the year to be filled with all kinds of functions, ceremonies and celebrations. These festivities have a tendency of attracting crowds; both the good, the bad and the deadly.

This should not deter you though from enjoying and participating in the season, so here are few tips on how to protect yourself during emergencies in a crowded place.

This is the first thing you should do upon arrival at any event, explore a little bit, take a good look around the location and make a note of the following vital things in case of emergencies:

2. Know What’s Happening Around You, and be Ready to Move

Move away from tense situations because circumstances that seem relatively harmless can quickly escalate. For example, a heated exchange between two people can turn into a brawl in a matter of seconds, especially if those involved are intoxicated.

Don’t stop to wade in or capture the moment on your phone because bystanders often end up being collateral damage in brawls and fights. Move away to a safe distance and get help by calling security or the police if you can.

Sometimes other more threatening incidents could happen; there could be gunshots fired, fire alarm or even false alarms which could cause a crowd surge. In any case you wouldn’t want to be caught up in it so you have to be ready to move quickly.

In a case of fire, emergency response is the job of security and the fire service. So don’t attempt to put out the flames or go back in to help evacuate people, your primary goal is to keep yourself and loved ones safe and secure.

During emergencies, staying calm and reacting quickly with a plan in mind could mean the difference between life and death. Endeavor to avoid hesitation for any evacuation, and don’t stop to gather your belongings, just head for your nearest exit, directing your group to follow. Remember that the ‘front entrance’ will be the instinctual exit for most of the crowd and will most likely cause a trampling stampede. Look for a safe alternative exit.

It is very helpful when people are observant in crowded places because criminals who intend to cause harm will try to avoid police and security professionals. But they may let their guard down around members of the public. If you see or hear something unusual, then alert security or the police.

Not all attacks or emergencies will be prevented. But with some thought and planning, you may have a better chance of keeping yourself and others safe if things do go wrong in a crowded place.