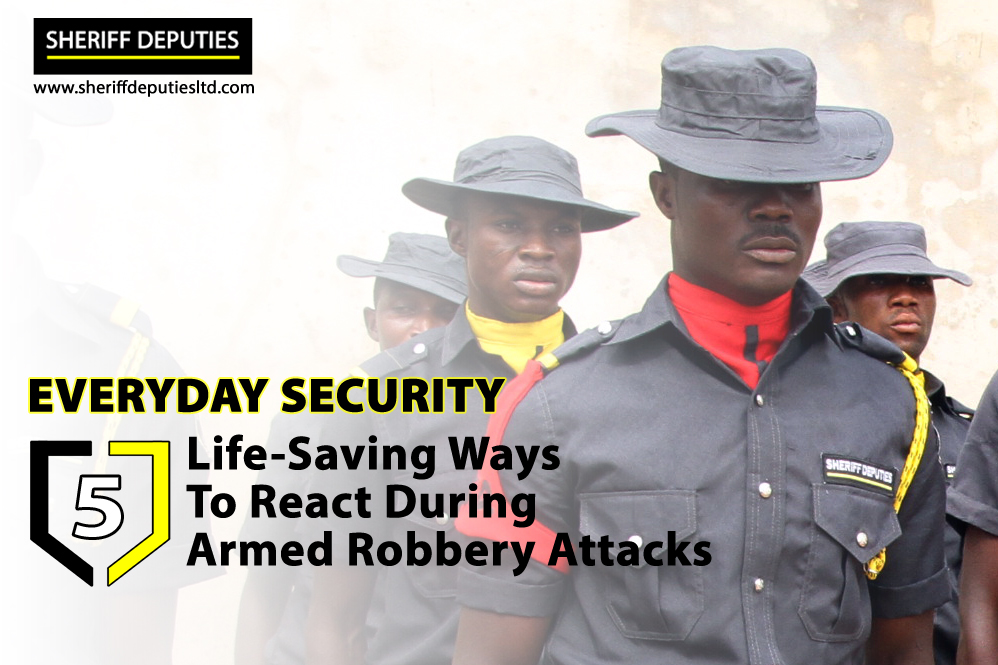 Armed robbery is common in highly populated countries, in Nigeria for instance; armed robbery has increased from 17% in 2012 to 18% in 2013. Some weeks ago a brutal bank robbery incidence took place at Offa, Kwara State, which led to the death of at least 30 people with many others injured. It was an unfortunate incident that shook the whole country.

Armed robbery is definitely not strange to you; you must have heard or experienced it. We all have stories to tell. If you have experienced a robbery attack, you would rather not want to have another of such experience, and if you’ve never been a victim, robbery is not something you should look forward to.

We all are first of all responsible for our own safety; we must put things in place to keep ourselves relatively safe from all kinds of theft. So this article will guide you on actions that could help secure lives and properties should you be a victim of armed robbery.

After reading this you might want to share this article with friends and family, recall that security starts with you. Below are 5 life-saving ways to react during armed robbery attacks.

We all have different kinds of temperament, if you have been labelled ‘strongest’ or ‘boldest’, the sight of a gun can reduce you to a jelly fish. An armed robber is too impatient to listen to arguments and confrontations. You don’t want to frustrate an armed robber, things could get really messy.

The best time to show your heroism is definitely not when there is a robbery in progress. There is no need to impress anyone; it could get worse especially if your ‘strategic plan’ goes really bad, this act could also endanger the life of other hostages. Acts like seizing of weapons should be discouraged. If you miss-calculate the penalty is death!

Even the most fearsome of robbers get irritated when being stared at; they believe you should be scared of their weapons, deep angry voices, and scary faces. When they observe a victim is staring, they get intimidated as most of them have low self esteem, more reason why you see them looking repentant and ashamed when arrested.

The threat of being identified is also something they fear, once they realise a victim is already familiar with their faces, such victim will most likely be killed or kidnapped. So you might want to stare less, or don’t look at all.

At the point of armed robbery, respect is not reciprocal, respect is compulsory! Most times robbers operate under the influence of substances like cocaine, heroine, marijuana and other drugs, sympathy would be the last thing on their mind. So simply give them what they ask for. In other words, surrender!

Armed robbers are strategic and usually work as a team; they work with an insider/informant. Even if you seem to know any of the robbers keep it to yourself, don’t go out saying, ‘Oh! I know that guy’, you might be playing into their hands. No criminal wants to be arrested; the onus is on you to only talk to a police investigator.

In conclusion, armed robbery is an incidence no one wants to experience but if you are unfortunate to witness one, remember the following; do as you are told, only give testimonies to police investigators, do not stare, and don’t act as the hero.