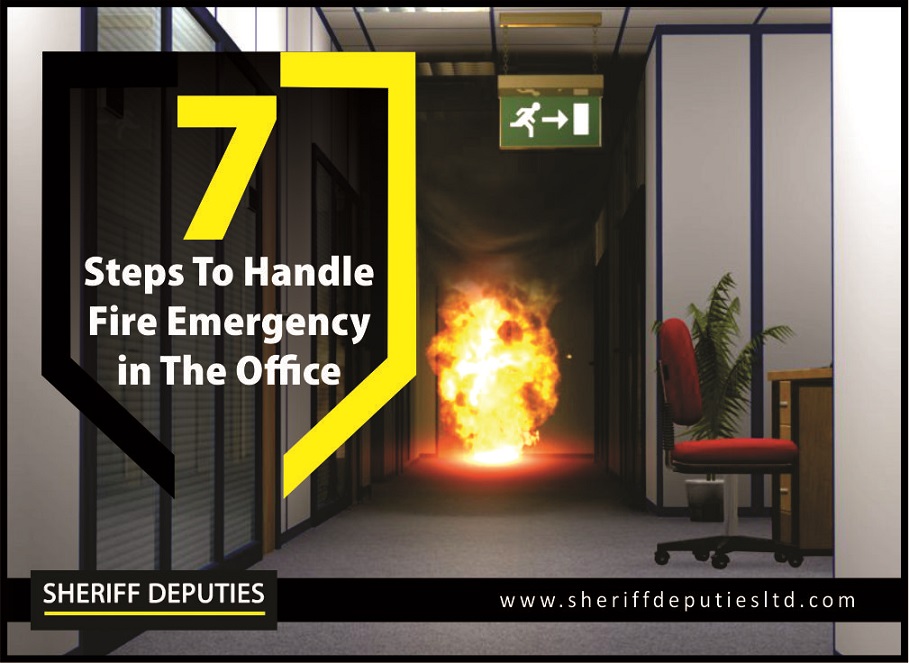 Sometimes in 2010, Ultima Studios, the host of the T.V reality shows: Who Wants To Be A Millionaire and Project Fame West Africa and are sponsored by the leading telecom giant, MTN, was engulfed in a fire outbreak. Though no human loss was recorded in the outbreak, millions of naira worth of equipment was destroyed.

According to the Lagos State Fire Service, it recorded that there were at least 417 fire incidents and other emergencies within the first two months of 2015, destroying property worth billions of Naira.

Fire outbreak is one incident we don’t wish to experience, its devastating effects is always alarming. It is so unfortunate that in spite of repeated fire outbreaks that has caused a lot of devastating damages in offices and market places, most companies and organisations are not ready to prepare for fire emergencies. The Nigerian Federal Fire Service believes that vast majority of fire incidents can be prevented with the right advice.

The effectiveness of response during fire outbreaks/emergency depends on the information available on how to handle fire emergency and much more on the amount of planning and training performed to organisations beforehand.

Due to the tension generated during fire outbreaks, most people tend to act on impulse rather than applying basic and standard fire handling principles.

In as much as fire emergencies require urgent intervention in other to prevent worsening the situation, there are still steps to follow to effectively engage and end the outbreaks. Knowing what to do in fire emergencies can help prevent panic and save lives.

The following 7 steps below can be used to handle Fire emergency in the office.

7 Steps to Handle Fire Emergency in the Office

This is the first step in handling fire emergency – activating the fire alarm. This involves an automatic activation once there is a fire out break or manual activation by the security guard if it is not automated and if a smoke or fire is detected. By activating the fire alarm, the loud sound from the alarm will alert anyone in the building or site that there is a fire outbreak so that they can escape safely.

Once there is a detection of smoke or fire alarm, the next step is to evacuate everyone from the building immediately. This also involves using the emergency exit to get everyone safely from the building. Ensure that as the evacuation is going on shut all doors that lead to the affected area. Never attempt to re-enter the building unless it has been cleared by the fire service.

The next step after an alarm is activated and people are being evacuated, is to call the fire service. As you place a call to a fire service operator, ensure that you give your name, the address of the location, the nearest route to the fire incident and state the nature of the emergency. i.e. the degree of damage. This will enable them decide on how to respond to the situation. And don’t hang up until all the details has been taken by down by the operator.

The next step is applying initial response to reduce or put off the fire before the arrival of the fire service officers. This is usually the responsibility of security guards or other personnel that has been trained to handle fire outbreaks emergencies.

The decision of whether to fight the fire oneself or to wait for the fire service must be made according to the type and size of the fire, its location and the circumstances of the fire. Fire extinguisher is usually used as initial response in a case where it is a small fire outbreak. And if it is larger or rapidly growing fire, it should be left to the fire service to handle.

Another key step is to establish a meeting place for all staff and members in the affected building. This is to ensure that every staff members are accounted for after the building has been evacuated and also to clear way for the arrival of the fire service officers. The meeting place should not be closer or too far away from the affected building. Take a roll call of all members to ensure that there is no one that is still trapped in the building.

Fire outbreaks always results in a lot of panicking. Experts believe that there should be absolute calmness. Creating another accident in an effort to help reduce casualties may complicate things much more if not handled properly. If you can’t help safely, you shouldn’t help at all. It is important you stay calm, make sure you are not putting yourself or anyone else in jeopardy in an attempt to help.

This is the point where the fire service officers and other personnel who have received training on how to respond to a blaze put out the fire. No one should be allowed inside the building during the process unless the fire fighting officers are done with their work and give instructions for entrance

Never underestimate any fire outbreak even when it seems the spread is little. It is advisable that at the point of evacuation that you call the fire service. If it turns out that the fire is controllable, you can still get back to them to cancel the alarm.

Also organisations should train staff members and designated personnel particularly the security guards to be fire marshals. In any emergencies, these fire marshals will call for emergency services and prepare to coordinate the organisation’s fire emergency action plan.