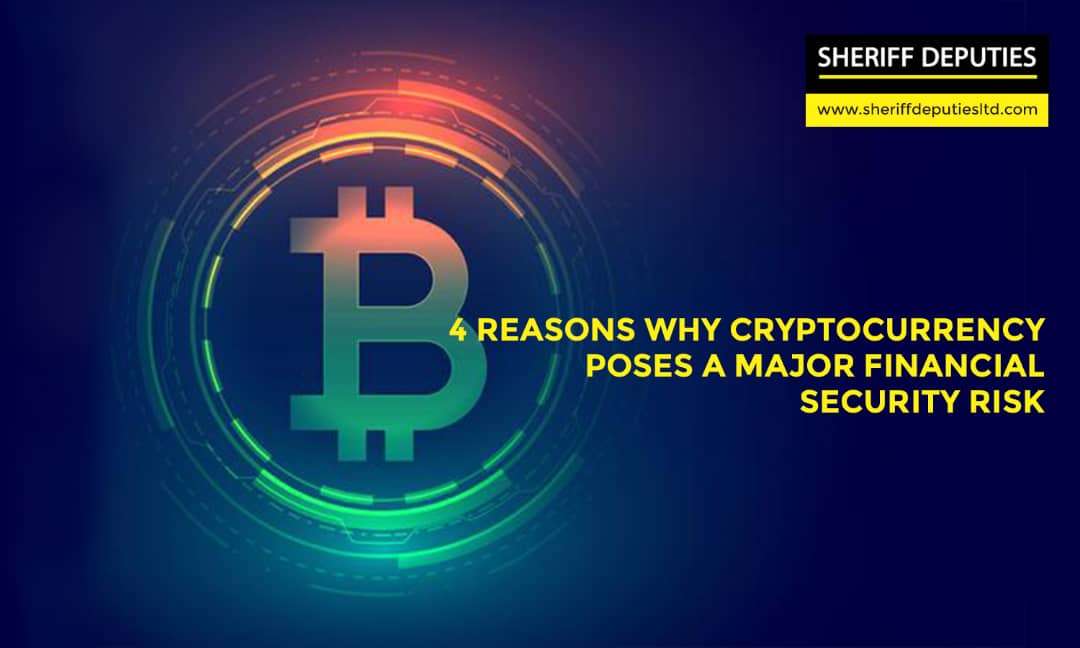 The Central Bank of Nigeria (CBN) on the 5th of February 2021, released a letter addressed to banks and other financial institutions which stated that dealings in Cryptocurrencies and facilitating payment for Cryptocurrency exchanges are prohibited; a pronouncement that was greeted with reactions from active Cryptocurrency traders and economists.

At the time when the notice was given, we all wondered why the CBN suddenly declared a total ban and closure of bank accounts transacting Cryptocurrency. Many argued that this ban will lead to underemployment in the country.

The CBN stated that anonymity of Cryptocurrency transactions made it susceptible to illegal use such as money laundering and the financing of terrorism. Another justification was the volatility of Cryptocurrencies which it said has threatened the stability of financial systems in other countries.

In this article, we looks at the financial security risk the Cryptocurrency poses and reasons why this policy should be supported until Nigerian financial institutions are able to address the loopholes that have been exploited for fraud and other illegal activities.

Bitcoin and other digital currencies are unregulated asset, investors see it has a selling point because it provides some degree of anonymity, its bad news if something ever goes wrong. Since you can’t trace where the Cryptocurrency trading and transactions occur, the Securities and Exchange Commission and CBN is very limited in what it can do if your digital tokens are ever stolen. It will be difficult to enforce anti-money laudering regulations.

Due to the complexity and decentralized nature of the Bitcoin and the significant number of participants — senders, receivers (possibly launderers), processors (mining and trading platforms), currency exchanges, a single AML approach does not exist. After confirmation, a transaction cannot be reversed, there is no safety net.

There are serious fraud and theft concerns that accompany crytocurrencies. For instance, novice bitcoin investors may not understand the need to store their tokens in a digital wallet, thereby leaving them susceptible to theft by hackers.

They are susceptible to human error and hacking. Additionally, it’s been hypothesized by numerous blogs and publications that North Korea has turned to bitcoin mining and theft to funnel money into its isolated economy. Bitcoin is commonly viewed as the “currency” of choice for criminal organizations.

Recently, the EFCC posted on their social media handle names of arrested Cryptocurrency fraudsters, to serve as deterrent to other scammers and it commitment to stopping the activities of internet fraudsters in Nigeria

No matter how excited investors are about bitcoin and its underlying blockchain, history suggests it won’t be enough to match lofty expectations. Cryptocurrency trading carries additional risks such as discontinuation.

Most investors get over excited at the prospect of making so much money and don’t familiarize themselves with these risks before trading these products.

Hard forks relates to blockchain technology, is a radical change to a network’s protocol that makes previously invalid blocks and transactions valid, or vice-versa. When this occurs, there may be substantial price volatility around the event, and we may suspend trading throughout if we do not have reliable prices from the underlying market.

The market risks are idiosyncratic as the currency trades only on demand. There is a finite amount of the currency which means that it can suffer from liquidity concerns and limited ownership may make it susceptible to market manipulation.

Furthermore, given its limited acceptance and lack of alternatives, the currency can appear more volatile than other physical currencies, fueled by speculative demand and exacerbated by hoarding.

Even though Cryptocurrency has become a major component of a digital economy, it is important to thread with caution. If you are going to invest on any online trading platform, be sure to make necessary research and be conservative in your investment.

Cybercriminal have now flooded the internet with various phishing sites where they get vital banking or financial data and use it to commit crime ranging from money laundering to hacking. At Sheriff Deputies, your security is most paramount, whether industrial security, home security, escort services or canine service, so long as it is meets your security needs.

Financial risk are arguably the most difficult to take, because if it goes bad, it can have a devastating effect on the family, business and life of the affected persons. Please be guided!