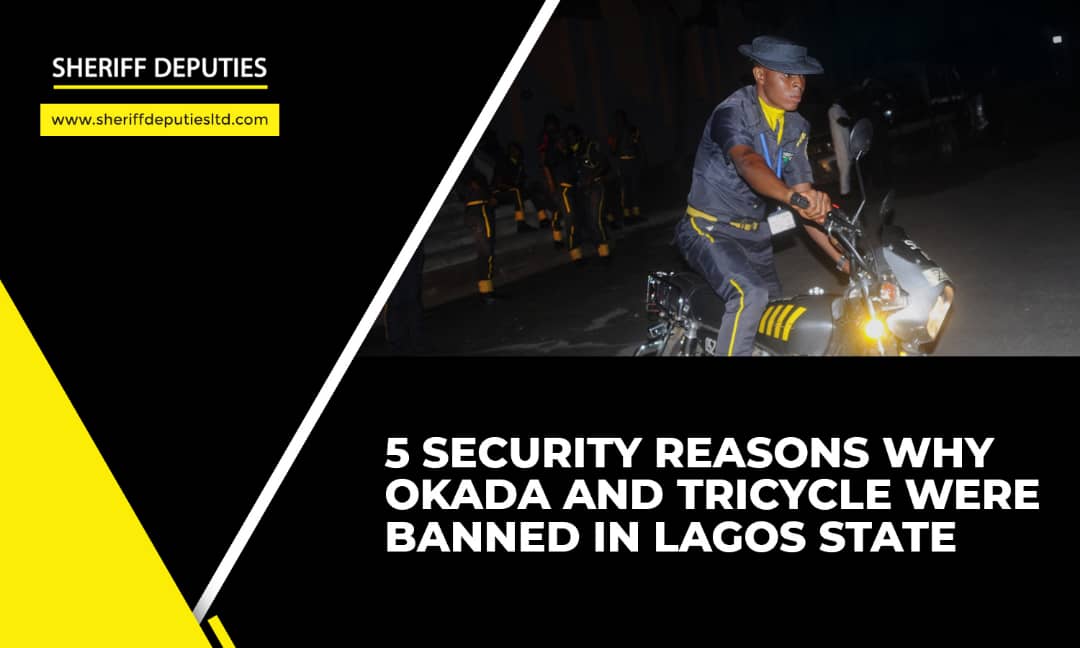 Lagos State is unarguably the economic hub of Nigeria; the state is home to top international and indigenous brands. International brands look to explore business opportunities in Lagos before considering other states in Nigeria.

Some say Lagos is the life-blood of Nigeria’s economy. Little wonder, the state is called the ‘Centre of Excellence’.

For obvious reasons, the state has lived to its name. You can point to some innovations in Lagos that have been replicated in other State. The state is also the most populous in Nigeria, it’s estimated to have 17.5 million residences.

On February 1, 2020, the Lagos State Government declared a ban on Okada (a local name for motorcycle) and Tricycle on the major roads. This development didn’t go well with many ‘Lagosians’ especially the operators of these vehicles. Expectedly, they protested and asked the government why they take away their means of livelihood, the same question was asked by commuters who had been depending solely on the Tricycle and Okada as a means of transport.

In this article, we will be sharing 5 possible security reasons why the ban Okada and Tricycle in Lagos was effected.

For close to 20 years, the North-Eastern part of Nigeria has experienced incessant space of attack from terrorists and armed bandits. Millions of family have been displaced and lots of people have been made to experience the gruesome murder of their loved ones.

In a bid to prevent attacks like this in Lagos, the ban of Tricycle and motorcycle became a logical option; in states where bomb blast had been experienced, security reports have it that terrorists transport explosive device with the aforementioned vehicles.

Some media stations had reported the popular terrorism sect, Boko Haram is already initiating plans to attack major locations in Lagos. It is only logical to tighten up internal security hence the ban; we hope this measure will go a long way to improve the already existing anti-terror measures.

But first, security starts with you, if you see something strange in your neighbourhood say something!

In a cosmopolitan state like Lagos, robbery is inevitable! If you live in Lagos, the best you can do is to put in place measures that will prevent a robbery on your property – by making sure your doors are locked and get a private security guard to secure your neighbourhood.

The Okada and Tricycle have been used by criminals as their get-away vehicle, criminals ride the Okada to snatch bags from pedestrians.

In some residential estates, Okada and tricycle have been banned while others have it partially banned where they are only permitted entry during the day and forbidden at night. This approach was adopted to reduce robbery incidence and assist security operative in catching up when they are in pursuit or car chase.

Before the ban of Okada and Tricycle, many Lagosians have narrated several experiences of rape, kidnap and other forms of crime during the early and late hours of the day. Private car users have also had their stories to tell, they narrate how they were double-crossed and robbed.

In a bid to reduce this, the street light was installed on major streets in Lagos, and restrict the movement of Okada, especially on the busy roads. Since the ban became effective crimes at night have reduced because criminals no longer have the luxury of a get-away vehicle after committing a crime.

Traffic congestion is a common phenomenon in Lagos, traffic congestion can be caused by a broken-down vehicle or bad roads, others say the indiscriminate parking of Okada and rough driving of the tricycle operator have led to several road accidents.

Due to the slow movement of vehicles, criminals use that opportunity to rob car users of their valuables, some break through door windows to rob and get on a moving Okada to avoid being caught or arrested.

In a bid to reduce the traffic congestion the government moved on one of the highlighted causes which was to ban the Okada and Tricycle on roads known to be busier.

It will amaze you to know that criminals exploit accidents to steal from sympathizers rather than show empathy and assist in rescuing accident victims. When a vehicle accident occurs, for instance, crowd gather to see the extent of injury to victims, it is during this period that criminals exploit onlookers who had been distracted.

Most of these accidents victims were people who had taken a bike. Asides educating bike riders on the need to observe traffic rules, the Lagos State Government had to put in a plan that will solve two problems at the same time. First is the prevention of deaths and improve the safety of Okada riders and secondly to prevent robbery that would have ensued due to the gathering of the people or sympathizers at accident spots.

Since the ban, Okada riders no longer ride on express roads where most of the reported accident had occurred. They are now being limited to streets where riders can only ride at low speed. Most of the street roads in Lagos also have speed breakers and this has further helped to prevent road accidents.

Despite the highly publicised protest against the ban of Okada and Tricycles in Lagos, commuters have adjusted to the reality and accepted the alternative options provided by the government. The lesson here is that; as long as a decree or initiative is to prevent the loss of lives and properties people would eventually accept it without much resistance.

Security is the bedrock of any development, if we aren’t putting plans in place to secure our lives and property then we are deceiving ourselves because one day we might just find out our properties have been destroyed.

At Sheriff Deputies, this is not what we desire for you. We desire that your lives and properties are secured. Contact us today for a free security risk assessment of your environment.

Thank you for reading through, please drop your feedback in the comment section below, we love to hear from you!