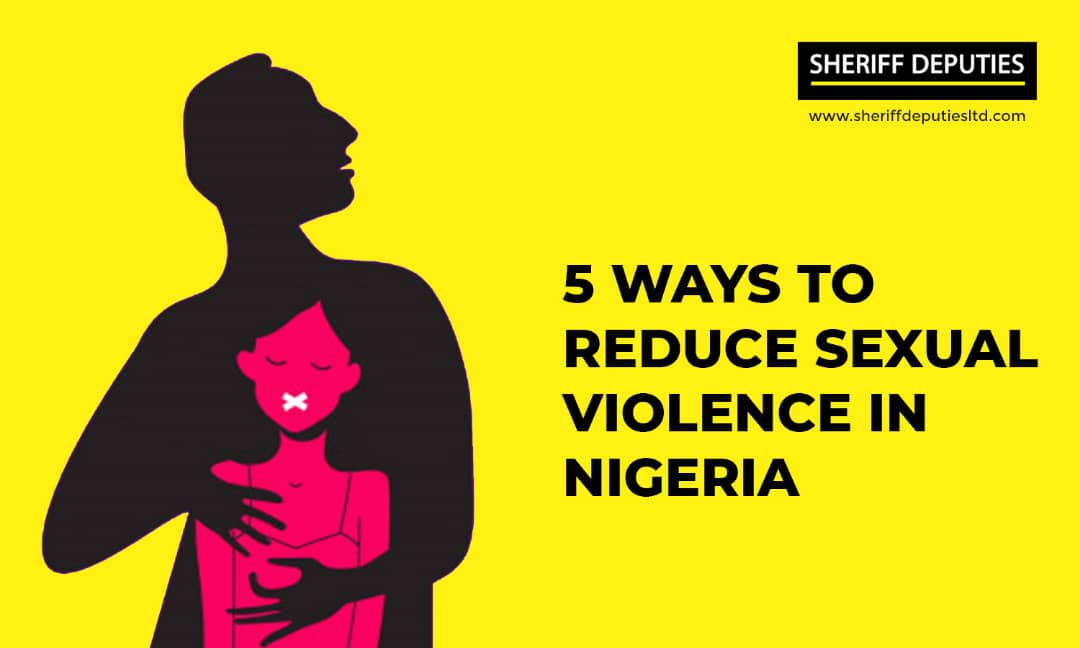 Nigeria is not alien to rape; it has become one of the most prevailing crimes today. While responses have been relative, the fact remains that rape is a serious offence.

Since the COVID-19 lockdown, there has been a surge of rape and gender-based violence, according to a report from the Nigerian Police Force, 717 rape cases were reported between January and May 2020 – a number that has since stirred up agitations from NGOs and other civil society groups for the police and legislature to take stricter measures against perpetrators and protection for victims.

In addition, the consequence of sexual violence goes beyond what we can see, some victims go through emotional trauma and never recover from it, it has also led to the untimely death of victims who could have made the world a better place had they been alive.

Sexual violence is also not discriminatory to sex; both males and females are affected but studies have shown that the number of female sexual assault victims is far greater than the male victim.

In this article, we are going to be sharing with you 5 ways to reduce the incidence of sexual violence, be it in the workplace or at home.

The media has a role to play in the fight against sexual violence, radio station, tv station, and the print media must continue to warn the public particularly the most vulnerable about the dangers of rape and other sexual violence in Nigeria.

There should be intense public enlightenment and education at schools, social clubs, cultural group gatherings, churches, mosques and through the media, to, first of all, demystify the myths about sexual assault.

These myths inform the way many people think about sexual assault, and because they are in the background unconsciously influencing people’s thoughts, the false assumptions may be seen as being true.

In schools, social-emotional learning can be an effective tool to prevent rape, children, particularly the teenagers who are the most vulnerable group with must be thought skills to emotionally sway someone with intent to commit a non-consensual sexual act.

It is also important that safe dating and intimate relationship skills be thought to adolescents. For sexual violence victims, only 1 of 10 has had a prior meeting with the rape offender. This goes to show that rape offender knows that victim.

Unless there is a deliberate approach to teach the mentioned vulnerable group on the tricks and ploys used by sexual offenders, their innocence will continue to be exploited.

Parents, school teachers and other caregivers must make it a duty to communicate and observe wards closely; many people suffer in silence because no one is willing to give them listening ears. It sometimes becomes too late for the police to get evidence to prosecute the suspected sex offender.

Sexual violence at the workplace is also a menace, due to the fear of a job loss; many victims don’t get to speak out until it becomes too late for the police to get substantial evidence to prosecute. Businesses must enforce policies against the menace of sexual violence in the workplace when there is a rule, staffs would understand the risk and consequence for anyone found guilty.

In other to get an unbiased submission on sexual violence cases, we recommend that an external investigative panel be set up, these days, most of the police stations have a sexual crime unit, we encourage victims of rape or any other form of sexual violence to report immediately to the police.

Unfortunately, most rape victims are stigmatized, and this has led them to a state of depression and other forms of mental disorder. The major reason why victims fear reporting cases is because of the fear of being stigmatized by their community.

Empathy for rape victims will encourage them to speak out and report offenders to the police. The arrest and prosecution of offenders will serve as a deterrent for anyone with intent to commit a sexual crime.

Prevention of sexual assault will remain a mirage until society puts in place institutional framework to deal comprehensively with actual cases of sexual violence.

Encouraging victims/survivors of sexual assault to break their silence by making freely available such services, which should be community-based, and the successful prosecution of perpetrators, will serve as a deterrent and hopefully prevent the next person from falling victim.

Sexual violence is preventable but it requires more than just a casual effort because of the complexity of its nature as mentioned in the foregoing discussion.

The most important aspect of this discussion is to create a hostile environment for sexual assault perpetrators in Nigeria. The onus lies on us to discourage sexual violence and support victims.

Please feel free to share your thoughts using the comment box below; we would love to hear from you, your messages will not be shared to the public unless you approve. Your privacy matters to us as well.